Mary Waite The writer, Mary Waite, is a resident of Kennesaw. These are the words of Louis Presutti, Jr., the founder of Cooperstown Dreams Park in Milford, New York. He dedicated both his professional and personal life to coaching young baseball players in the sport, as well as in life. Lou’s extraordinary coaching skills, as well as his human compassion, helped our family deal with an overwhelming crisis. 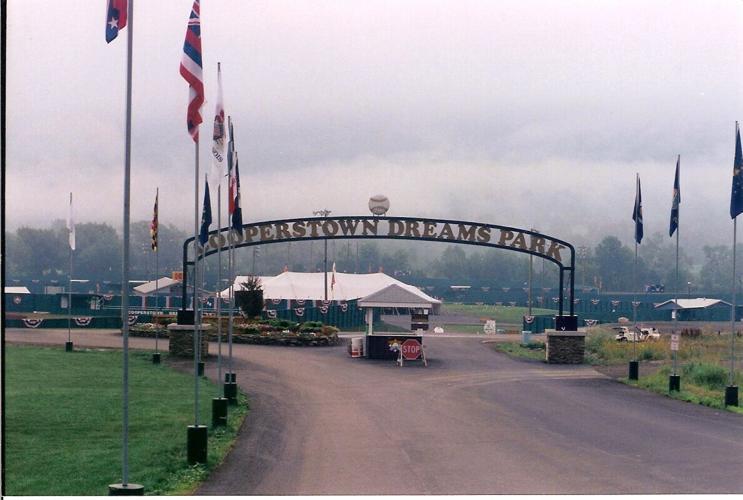 This is the story of a child’s perseverance against terrible odds, but it is also the story of one man’s love of family and his belief in the immortal tradition of baseball. 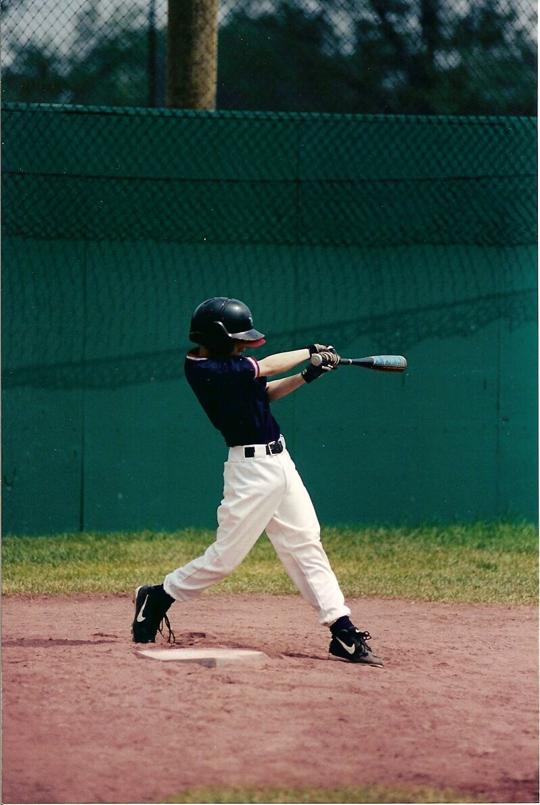 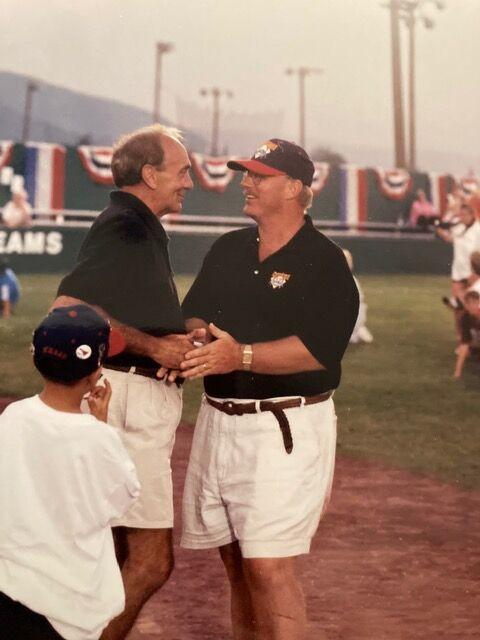 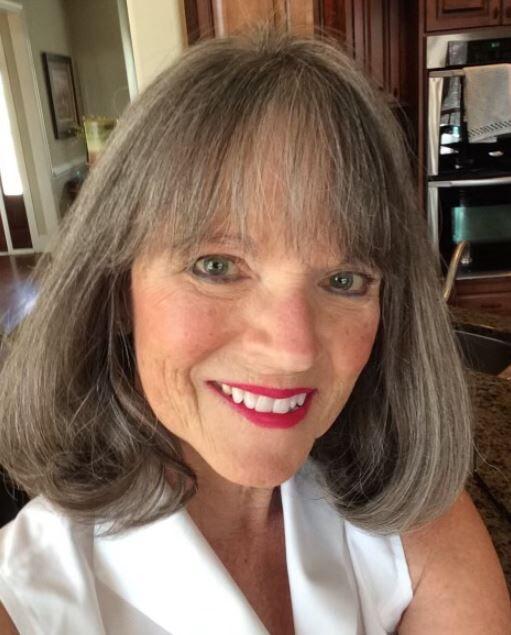 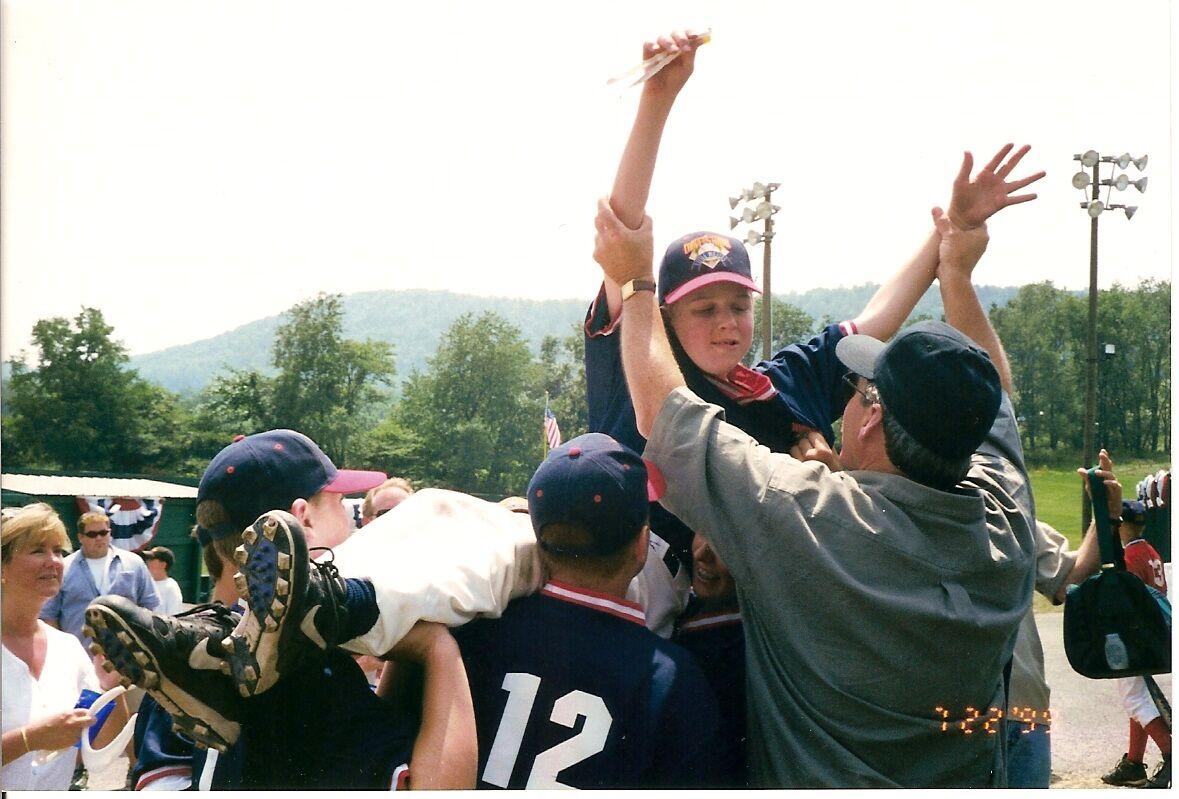 Coach Lou, at his persistent and inspiring best, taught us to believe in ourselves and to meet the challenges of life with courage. We all witnessed that philosophy during our “miracle summer of 1999.” We saw it in the glowing face of one very determined little boy, who came to Cooperstown Dreams Park to make his own dreams come true. Twenty-three years have now passed since that incredible summer. Danny went back to school, while continuing with regular check-ups and constant monitoring by his oncology and surgical team at Children’s. He played baseball at Shaw Park, still coached by his Dad – and we all kept in close touch with Coach Lou at the Dreams Park. Danny finished high school at Kell High, joyously participating in the usual activities of teenage boys. He learned to drive a car, another amazing accomplishment for him – and he was proud to announce to Coach Lou that he had been accepted at Valdosta State University following his senior year at Kell. He loved his newfound independence at college, as he embraced the adulthood that we had all prayed he would eventually reach. Sadly, Coach Lou passed away several years ago, leaving the Dreams Park in the capable hands of his family. Today Danny is happily married to the love of his life, Melissa, and they are the proud parents of precocious little Michael. It is our hope that one day Michael might have the privilege of playing baseball at the Cooperstown Dreams Park – and that he will be touched by the enchanted legacy of Coach Lou Presutti that lives on to inspire future generations. Marietta Daily Journal: A lesson in life - Play ball
July 11, 2022

The Edwardsville Tigers 12U team is heading to Cooperstown Dreams Park

The Chattanoogan
You may be like me…you yearn for simpler times but still celebrate the conveniences of our current place in time. I often wish I could experience a summertime where cool breezes blow through open windows and no central air is needed. Even better would be to add a vista of lush green mountains and flowers blooming in every color of the rainbow. How about a sun porch that overlooks a gently flowing creek? Let’s step up this dreamscape a bit and add kids playing outdoors from sun up to sundown…no devices, no earbuds, no video games. Parents, grandparents, aunts, and uncles laughing, happy and far removed from the stress of the rat race. I miss the days when as a boy I played all day and night while the grownups gossiped and laughed. I never dreamed I would find this experience again in our crazy cyber connected world, but today…here I am…in the very world I just described. I am in Cooperstown, NY. I am here because I am in love with baseball. There is a difference between loving something and being in love. The difference is the romance. If you are in love with baseball, you understand there is more to the game than just the game. You know it is a game of nuance and tradition. It is a connection between fathers and sons, for sure, but does not stop there. During the years, when fathers and sons aren’t able to have a civil conversation about many things, they remain connected by their love of baseball. They can still talk baseball. If you are in love with baseball, you appreciate knicker pants and simple uniforms. You tear up every time you hear the echoing words of Lou Gehrig declaring that he is the luckiest man in the world. Being in love with baseball means that America’s history is played out in baseball history. Jackie Robinson’s achievements become yours. Hank Aaron’s 715 is your moment. But, so are their struggles. Cooperstown is a place to for those of us in love with baseball and yearn for all the aforementioned things from a simpler place and time. This week I am in Cooperstown and I literally find myself watching baseball at the Cooperstown DREAMS PARK! It is all that. 64 teams are gathered to compete in this game of baseball. They have traveled from every corner of this great land, points in between, and Canada! The teams stay on campus at the park in barracks. The families that have traveled with them are sprinkled in a twenty mile circumference around the park in Airbnbs, hotels, and campgrounds. I have covered the World Series, both college and the pros, but I have never felt closer to the game in its purest form, as I do here. The kids wear red, white, and blue old school uniforms. Knicker style pants are required. Opening ceremonies honored grandparents with VIP seating and tee shirts. The ceremony emphasized the connection between baseball and the greatness of the USA. The music, the teams marching in Olympic style, and honoring alumni players in attendance made for a grand opening. Former Dreams Park players who sacrificed their lives in service of our country were remembered with the playing of taps. There was not a dry eye in the house. The rules are strict…no chirping from the teams and no chirping from the fans. Fans watch the game from a fans’ dugout, which on one end looks like a cage. Based on years of experience, that cage idea is not such a bad idea. It has been an excellent viewing experience. In our entourage, we have London Elrod. London’s team won it all at Dreams Park in 2010. London is now in medical school and his dad, Brian, has returned to coach his baby brother, Crew. Generations of fathers and sons playing baseball…that is America. Bracket play will start tomorrow and so far our Exposure Prime team has produced more home runs than I can count and one no hitter performance by a pitcher. When the tourney ends later this week, I may recap with stats and facts. Today’s column is dedicated to the things that matter most about this experience…the love of the game. I have dreamed of this for a long time and I can’t believe I am here. “Is this Heaven…no…it is Cooperstown.” Randy Smith: Thoughts On Cooperstown Dreams Park
Back to top